Gravelotte is historically one of the largest emerald mines in the world and was operational from 1929 to 2002 with:

Gravelotte is owned via Gem Venus which owns 74% of the issued share capital of ADIT Mining (Proprietary) Limited (“ADIT”) and Venus Emerald (Proprietary) Limited (“Venus”) which hold all the mineral rights in respect of emerald mining and extraction at Gravelotte. The remaining 26% of the issued share capital of Adit and Venus are held by a Black Economic Empowerment (“BEE”) compliant structure predominantly consisting of local employees and the local community.

URA’s 74%-owned Gravelotte project is located in the Limpopo Province of South Africa.

Emeralds were discovered in the province in 1927 and since then, several companies have explored for and mined within the broader region for emeralds.

From 1929 to 1982 the total recorded emerald production from Gravelotte as well as the area surrounding the nearby Gravelotte township was nearly 113 million carats.

It is reported that during the 1960’s Gravelotte was the largest emerald mine of its type in the world, employing over 400 sorters.

In conjunction with these studies a concerted effort to assemble and then digitise the extensive data base over the project has been continuing.

Gravelotte comprises; established infrastructure, existing and accessible open cuts together with extensive low grade dumps, a large historic data base, a nearby and available work force, local onsite technical expertise and a nearby township that can serve as a supply centre.

Gravelotte provides URA with a short to medium term production opportunity in a niche commodity where demand is growing. 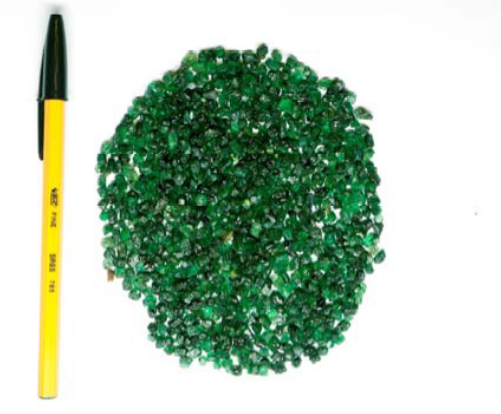 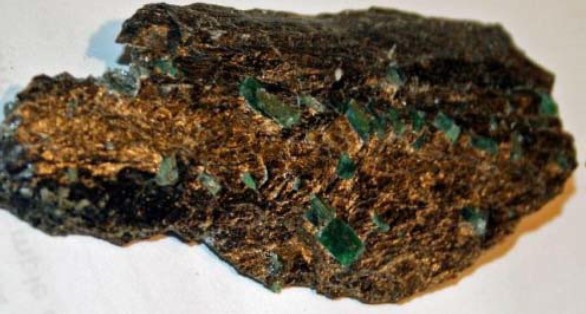 In the 1950’s & ‘60’s , Gravelotte was the largest emerald mine in the world, employing over 400 sorters, recovering a total of 112.7 million carats of emeralds over the life of operations.

Whilst a complete historical data package is not available, the data that has been sourced has provided high confidence for the projected re-development of Gravelotte.

Operations in the early 1980’s are reported to have returned a recovered grade in excess of 6g/t (30 carats/t) of exportable emerald.

Anecdotal evidence from previous owners indicates that processing security was poor and as a result the historical recovered grade is considered to be very conservative.

Magnum’s evaluation of Gravelotte is at an advanced stage with the Company’s studies targeting an initial production level of around 3 million carats per annum.

This website uses cookies to improve your experience while you navigate through the website. Out of these, the cookies that are categorized as necessary are stored on your browser as they are essential for the working of basic functionalities of the website. We also use third-party cookies that help us analyze and understand how you use this website. These cookies will be stored in your browser only with your consent. You also have the option to opt-out of these cookies. But opting out of some of these cookies may affect your browsing experience.
Necessary Always Enabled
Necessary cookies are absolutely essential for the website to function properly. These cookies ensure basic functionalities and security features of the website, anonymously.
Functional
Functional cookies help to perform certain functionalities like sharing the content of the website on social media platforms, collect feedbacks, and other third-party features.
Performance
Performance cookies are used to understand and analyze the key performance indexes of the website which helps in delivering a better user experience for the visitors.
Analytics
Analytical cookies are used to understand how visitors interact with the website. These cookies help provide information on metrics the number of visitors, bounce rate, traffic source, etc.
Advertisement
Advertisement cookies are used to provide visitors with relevant ads and marketing campaigns. These cookies track visitors across websites and collect information to provide customized ads.
Others
Other uncategorized cookies are those that are being analyzed and have not been classified into a category as yet.
SAVE & ACCEPT